A plan for Perl's branding - let's free all the butterflies

Perl 6 has been officially renamed to Raku.

I'm collecting potential sub-brand names for Perl 5 (see criteria and rationale below) and will pass them onto Larry Wall and the Perl Foundation for consideration. Here is a list of suggested names collected so far:


Please email your suggestions to: nige@nigelhamilton.com and I'll add them to the list (see criteria for a good name below).

A Branding Plan for Perl

It's good when brands are honest and clear and make room for growth.

The Apple brand has grown from referring to one type of computer in the early 80's to lots of products: Apple Watch, Apple iPhone, Apple iPad etc.

Apple creates distinctive sub-brands under the Apple parent/umbrella brand. The "iPad", for example, is strongly associated with "Apple". The "iPad" and "iPhone" are associated too. All these associations happily co-exist. Apple's sub-branding strategy means:

Sub-branding is successful in the open source world too. Remember when Apache just referred to a popular web server?

The Apache Software Foundation (ASF) provides sub-branding guidelines that encourages each Apache $sub-project to have its own distinctive sub-identity and branding. Their brands and ecosystem are flourishing as a result. Apache's branding strategy made room for growth - Perl's should too.

The truth is, the Perl brand has outgrown its original use - a designator of just one computer language. Like Apple and Apache, Perl has grown into a parent trademark.

Perl 5 and Perl 6 are two distinct dialects of Perl. Yes - they both share the Perl spirit - but the two dialects are different and it's good to be clear about that. Separating the two by just a version number does a disservice to both and is potentially confusing.

The Perl Foundation is doing a good job of protecting the Perl® trademark already - it's registered and protected. The next step is to take inspiration from the Apache Software Foundation (ASF) and start using Perl as a parent brand to protect the Perl languages (Perl 5+6), sub-projects and conferences.

To avoid collisions on the command-line both Perl 5 and Perl 6 can create distinctive sub-brands for their respective runtimes/dialects and the whole community can move forward sharing the Perl umbrella brand.

Ideally the new runtime/dialect name(s) should have the following features:

Each distinct runtime name is used on the command line to invoke the selected Perl interpreter. For example:

The registered Perl® trademark protects the overall Perl Way and can work in combination with Perl-related projects and conferences etc.

Together the combination of the Perl® parent mark and sub-brands can help strengthen the protection for all Perl dialects, projects and conferences.

It's time for Perl's branding strategy to evolve - to accommodate the different Perl dialects, community and conferences. Let's free all the butterflies! Please share your support for a new branding plan for Perl.

Larry Wall has chosen "raku" as the stage name for Perl 6. Here is a list of suggestions that were collected: 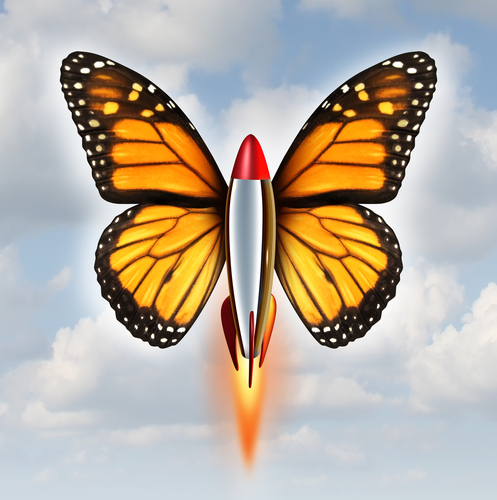